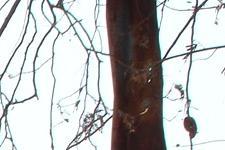 UN-SPIDER and Vulnerability: A natural fit

Vulnerable populations often suffer most from natural disaster impacts. UN-SPIDER’s engagement in RIVAF complements the broader goals of the Global Pulse Initiative (formerly known as GIVAS), which was launched by the Secretary General in 2010 to address vulnerable populations in global crises.

Taking into consideration the impacts of the Global Economic Crisis (GEC) on livelihoods in developing countries, and the effects of such impacts in increasing poverty and vulnerability, UN-SPIDER proposed the Rapid Impact and Vulnerability Analysis Fund (RIVAF) and launched a project entitled: A Visual Analytics Approach to Understanding Poverty Assessment through Disaster Impacts in Latin America and Africa.

The project is based on the hypothesis that the GEC has created a set of unique, previously unexamined circumstances that have negatively affected livelihoods, increased poverty and subsequently increased vulnerability to disasters triggered by natural hazards. The broad objectives of this project are to understand the particular effects that the GEC has had specifically on the well known relationships between livelihoods, poverty, and vulnerability to natural disasters, and to understand how the quantifiable impacts of natural disasters such as loss of life and property are potential indicators of GEC impacts on the poor and vulnerable.

A variety of intertwined factors

Vulnerability often stems from a wide variety of intertwined factors that make it difficult (if not impossible) to discern the specific effects of one particular factor like the GEC. For example, poverty, weak governance, social and armed conflicts, current economic policies, population growth, a lack of awareness regarding vulnerability and its management, and a non-existent culture regarding disaster prevention all are typical factors which enhance vulnerability.

In developing countries such as Guatemala, it is important to recognize that the levels of poverty and vulnerability are modified by local factors such as unemployment trends and disasters; and by global events such as the food and oil crisis that preceded the global economic crisis of 2008, or the coffee crisis that took place between 2000 and 2002.

Research conducted within the context of this project lead to the conclusion that three factors can reduce the capacity of the population; and by extension, the government, to cope with the impacts of natural disasters. The effects of the global economic crisis manifested first through reduced remittances from abroad; second, through a reduction in tax revenues due to decreased imports and exports; and thirdly, through unemployment.

Case study Guatemala: How was it affected by crises in the past?

Case study Guatemala: How was the country affected by the Global Economic Crisis?

Case study Guatemala: What is the relationship between global crises and disasters?