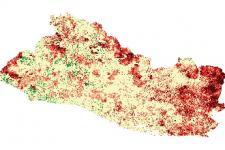 Drought monitoring is an important component in drought early warning systems. This practice shows how to monitor the impacts of meteorological drought on natural vegetation using MODIS optical satellite imagery. The practice has been developed in the context of the SEWS-D project. It is similar to the practice developed by the Iranian Space Agency but it proposes the use of a different index (SVI instead of VCI). The practice was developed by the Universidad Federal de Santa Maria (UFSM) in Brasil. (The above image shows the standard vegetation index based on EVI for El Salvador on 28 July 2014.)

The purpose of this recommended practice is to monitor impacts of meteorological drought on natural vegetation (rain fed, range land & forest).

Drought
Preparedness
The test site includes several countries in the dry corridor of Central America. The practice has also been tested in Dominican Republic and Brazil.

In the last two decades, Central American countries have experienced more frequent and intense droughts. These droughts have manifested themselves in arid areas of this region, and have a greater impact on subsistence farmers. The worse effects and impacts have taken place when an international stressor (extreme reduction in the price of an agricultural export crop such as coffee in the world markets; or the substantial increase in the price of oil in the international markets) coincides with a severe drought. Governments have identified a certain geographic area in this region as the one most prone to the effects of droughts, which now spans selected areas in six Central American countries as indicated in the map below. This is called the “Dry Corridor” of Central America. 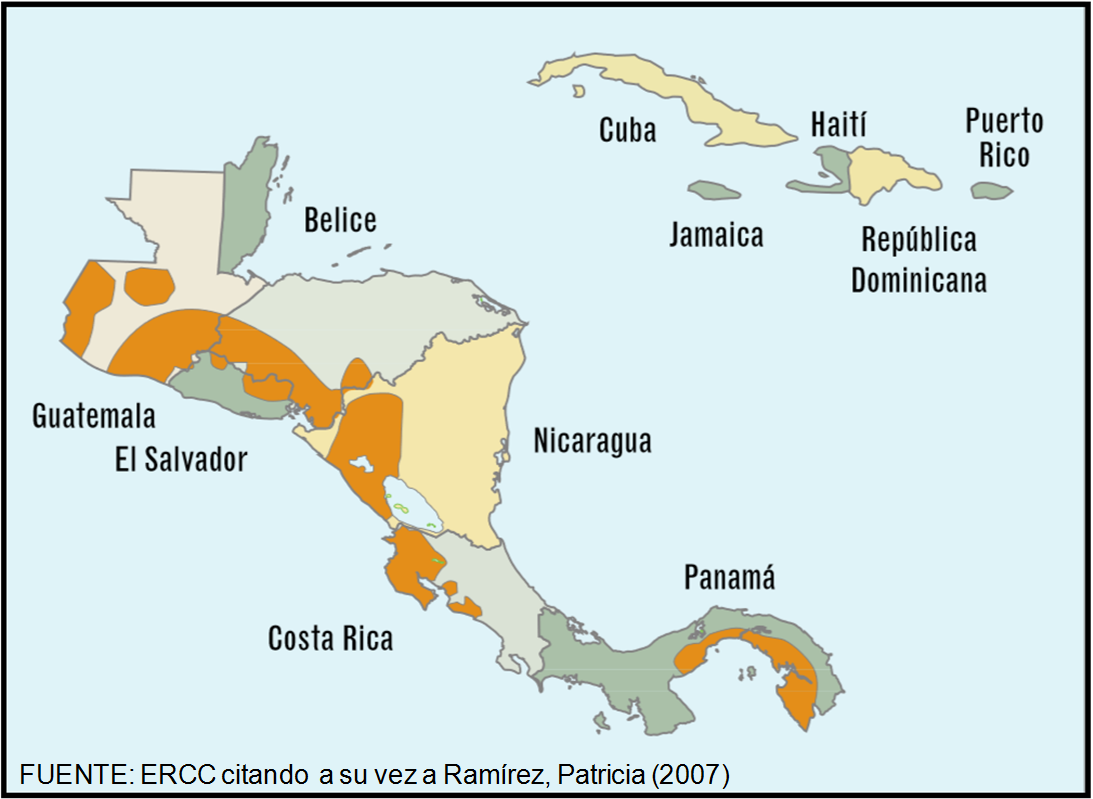