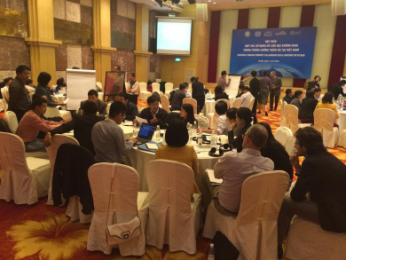 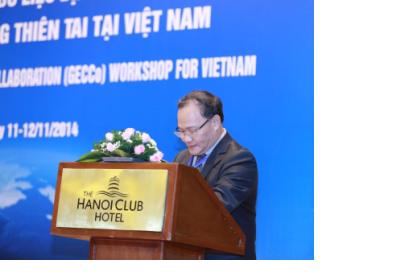 From 10 to 15 November 2014, UN-SPIDER offered a workshop and a simulation exercise to about 100 participants from national institutions, NGOs, and international organizations in Viet Nam. The event was jointly organised with the Geospatial Information and Technology Association (GITA). The Pacific Disaster Centre (PDC), UNDP Viet Nam, OCHA, DigitalGlobe and ESRI also offered considerable support to the workshop. The activity was following up on the Technical Advisory Mission to Vietnam in 2013.

The event was proposed with two objectives: First, to empower the government to use space-based and geospatial information at the local and regional level during a crisis. Second, to foster personal relationships and knowledge exchange required at the local and regional level for successful collaboration during a disaster. The event was based on the "Geospatially Enabling Community Collaboration (GECCo)" framework, which was developed and refined by GITA over a 10-year period and successfully implemented in the United States, Japan, and Australia.

On the second day of the workshop, simulation exercises were conducted, for which the participants were divided into four groups. The remaining two days were used to document lessons learnt and recommendations and to provide a briefing to high level officials.