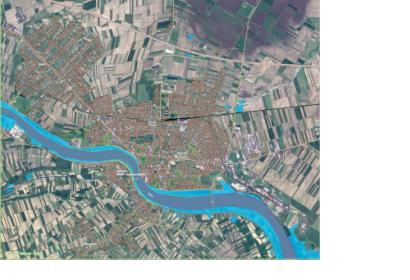 The International Charter Space and Major Disasters was activated on 21 May due to the ongoing flood events in Serbia. The activation was requested by the Russian Space Agency ROSCOSMOS and by our Regional Support Office in Russia - the Russian Agency for Support and Coordination of Russian Participation in International Humanitarian Operations (EMERCOM).Heavy rain fall during three days, from 14 to 16 May 2014, caused the worst flooding event in the area in over a century. Authorities reported 17 people were killed and over 25,000 were evacuated.The torrential rainfall caused rivers to burst their banks and to flood nearby areas, causing damages to infrastructure, homes and agricultural fields. Nikola Tesla power plant, the key power provider for Serbia, was also flooded.As UN-SPIDER reported, the EU Copernicus Emergency Mapping Service was also activated, producing maps for Croatia, Bosnia and Herzegovina and Serbia.  Following the international response to the flood events in the Balkans, UN-SPIDER compiled a list of available satellite imagery and maps of the flooded areas.