MapAction Volunteers deployed in Response to Flooding in the Balkans 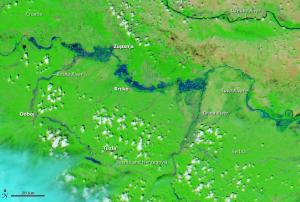 On 19 May 2014, volunteers from the non-profit crowdsource mapping group MapAction were deployed to Belgrade in response to the severe flooding in Serbia and the Balkans.

In what is being hailed as the worst flood in 120 years reports have indicated that four months worth of rain has fallen in a single day. The flooding caused by excess rain combined with landslides and damage to infrastructure is estimated to have affected over 50,000 people.

The EU Civil Protection Mechanism and other disaster management agencies have been activated in response to the widespread flooding in the Balkans.  As UN-SPIDER reported, the EU Copernicus Emergency Mapping Service was also activated, producing maps for Croatia, Bosnia and Herzegovina and Serbia. 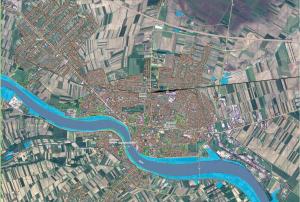 The International Charter Space and Major Disasters was activated on 21 May due to the ongoing flood events in Serbia. The activation was requested by the Russian Space Agency ROSCOSMOS and by our Regional Support Office in Russia - the Russian Agency for Support and Coordination of Russian Participation in International Humanitarian Operations (EMERCOM).Heavy rain fall during three days, from 14 to 16 May 2014, caused the worst flooding event in the area in over a century. Authorities reported 17 people were killed and over 25,000 were evacuated.The torrential rainfall caused rivers to burst their banks and to flood nearby areas, causing damages to infrastructure, homes and agricultural fields. Nikola Tesla power plant, the key power provider for Serbia, was also flooded.As UN-SPIDER reported, the EU Copernicus Emergency Mapping Service was also activated,… 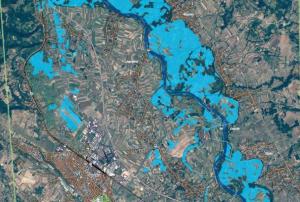 The Emergency Mapping Service of the European Union's Copernicus programme was activated to provide satellite-based maps of the severe floods in Croatia, Bosnia and Herzegovina, and Serbia.

The service produced four maps for Croatia, 18 maps for Bosnia and Herzegovina, and 20 maps of Serbia.

NASA's Earth Observatory has also published a satellite image of the floods in Croatia, Serbia, and Bosnia and Herzegovina on May 19, 2014. By comparing the current image to an image from 18 May 2013, the massive extent of the floods becomes clearly visible.

Due to heavy rains…