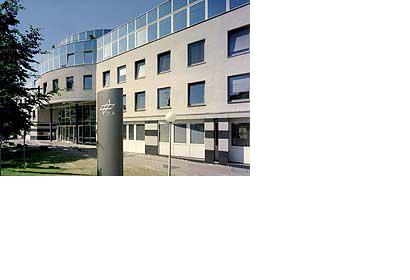 Bureaucracy-free assistance in the event of an emergency – this is the aim of the 15 space agencies united within the International Charter 'Space and Major Disasters'. The German Aerospace Center (Deutsches Zentrum für Luft- und Raumfahrt; DLR) has been a member of this network since October 2010, and, on 16 April 2013, will take over as chair of the Charter for six months.

"With its expertise in Earth observation, Germany is an important contributor to disaster management on an international level, for instance in the 'Universal Access' initiative, launched by the Charter in the autumn of 2012. This was a milestone; until then, Charter assistance had only been available to authorised users from around 40 countries and United Nations agencies. 'Universal Access' effectively opens the door to every national disaster management authority around the world," emphasises Johann-Dietrich Wörner, Chairman of the DLR Executive Board and the most senior German representative on the Charter Board. "This is exactly what is needed to eliminate the large 'white areas' in Africa, parts of Asia, and South and Central America in particular."

DLR provides the Charter with Earth observation data from the two German radar satellites TerraSAR-X and TanDEM-X. These satellites are able to quickly acquire very detailed images, regardless of cloud cover or availability of daylight. "Radar images are ideally suited to mapping flood disasters, as they clearly distinguish between expanses of water and land. But the information from TerraSAR-X can also be very helpful in other disasters, such as earthquakes," says Jens Danzeglocke, DLR Charter Secretary. In some cases, DLR also assists with optical data from the RapidEye satellites, for example in the event of forest fires or after particularly extensive incidents, such as the 2011 tsunami in Japan.

A recent article in the DLR Magazine explains the processes of the International Charter as well as DLR's role in it more closely.