Research warns about the need to improve rainfall satellite portfolio 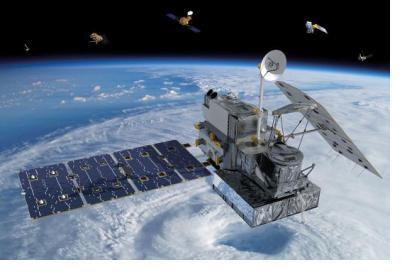 A joint study by Cornell University, Princeton University and The Aerospace Corporation found that the current portfolio of rainfall satellites is insufficient to meet information needs for global flood monitoring, and that further loss of satellites would dramatically worsen data coverage.

According to the authors, there are currently 10 rainfall monitoring satellites, but four of them have become obsolete and the rest are reaching the end of their lifespan. However, no specific plans exist to replace them with new satellites that measure real-time rainfall. This is a major problem as the data captured by these space artifacts is essential for flood management: the information is introduced into sophisticated models to forecast the timing and intensity of floods, allowing governments to take action to mitigate the impact of flooding.

Even with the current set of 10 rainfall satellites, there is a lack of rainfall data for South America, Central and Eastern Africa and throughout Asia; and if the four obsolete satellites are removed, rainfall data deficit would increase between 200% and 400% worldwide. Nevertheless, the researchers argue that this deficit could be offset by launching two new rainfall satellites and by improving international co-operation and co-ordination between space agencies, which could even outperform the current portfolio of 10 artifacts.

You can access the research paper without charge by clicking here.