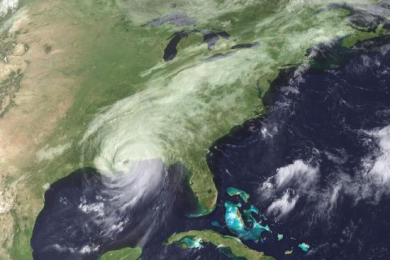 NASA has began to build its new satellite mission focused on predicting hurricanes, called Cyclone Global Navigation Satellite System (CYGNSS), with the collaboration of the University of Michigan. It will comprise eight Earth observation (EO) microsatellites which will be able to measure ocean surface winds associated with tropical cyclones, typhoons and hurricanes throughout their life cycle. Their launch is expected in late 2016 from Cape Canaveral in Florida.

The satellite constellation will offer a new image of wind speeds over the entire tropics every few hours, instead of the current space artifacts that provide them every few days. Moreover, it will be able to monitor and forecast swift changes in wind speeds, hurricane intensity and storm surges.

The CYGNSS mission passed two NASA examinations and the assembly of the first microsatellite began last August 14. Each satellite would weight roughly 64 pounds (29 kg) and measure approximately 20x25x11 inches (51x64x28 cm). “We are now in the last phase of the mission prior to launch and the beginning of a new era in hurricane observations”, said Chris Ruf, CYGNSS main researcher at the University of Michigan.