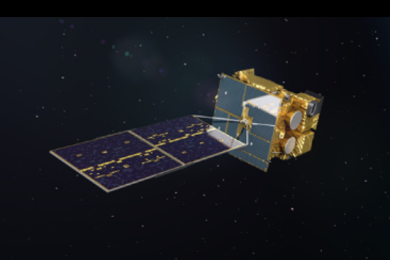 The National Aeronautics and Space Administration (NASA), the European Space Agency (ESA) and the Republic of Korea are working together on a global satellite constellation of three space-based instruments that could track global pollution on an hourly basis. These air quality satellites will measure pollutants, including ozone, nitrogen dioxide, formaldehyde and tiny atmospheric particles called aerosols in order to enhance our understanding of air quality and air pollution. To date, air quality satellites have collected data only once a day. These three new instruments will provide hourly, highly detailed and near-real-time data that will improve air quality science and forecasting around the world, in particular around the most densely populated areas of the Northern Hemisphere.

Collecting data hourly will allow to capture pollution that appears episodically, like rush-hour traffic or a power plant that switches on to meet peak power demands, as well as to understand whether pollution within a certain region was generated there or whether it wafted over from another country. The data collected from these three instruments will also help understand the effect of air quality on the environment and on the human bodies, for example on the human respiratory and cardiovascular system. Additionally, the measurements will help policymakers to make decisions on the best policies to improve air quality, as well as to  improve climate change predictions and early warning of natural disasters and pollution events.

The first instrument of this global satellite constellation is the Geostationary Environment Monitoring Spectrometer (GEMS), which was launched on 18 February 2020 from French Guiana. GEMS, built by Ball Aerospace in Boulder in Colorado, is on board the Geostationary Korea Multi-Purpose Satellite 2 (GEO-KOMPSAT-2). The instrument is a hyperspectral spectrometer that covers the ultraviolet-visible range (300 to 500 nm) with full-width at half-maximum of 0.6 nm. It captures images at hourly intervals in the daytime, alternating with the Geostationary Ocean Color Imager-II every 30 min. It utilizes three observational modes: normal observation, East Asia observation, and local area observation, which can be used to closely monitor corresponding areas during instances of high air pollution.

GEMS is a pioneering instrument since it is the first air quality sensor to circle the Earth in geostationary orbit, and consequently the first one to collect air measurement every hour. It is designed for the observation of air pollutants and short-lived climate pollutants over Asia, in particular the Republic of Korea. Over its 10-year mission, GEMS is expected to identify the source of fine dust flowing into Korea by observing fine dust and fine dust-inducing substances in East Asia for the first time. GEMS will also monitor the levels of ozone, which is a significant pollutant in the atmosphere, and pinpoint the sources of the chemical precursors that give rise to it.

The second instrument of the project is NASA's Tropospheric Emissions: Monitoring of Pollution (TEMPO), scheduled to launch in 2022 as a payload on Intelsat 40e. TEMPO, also built by Ball Aerospace in Colorado, will make measurements over North America. The TEMPO instrument is a grating spectrometer, sensitive to visible and ultraviolet wavelengths of light. By measuring sunlight reflected and scattered from the Earth's surface and atmosphere back to the instrument's detectors, TEMPO's ultraviolet and visible light sensors will provide spectra of ozone, nitrogen dioxide, and other elements of daily atmospheric chemistry cycles.

TEMPO will help address rush-hour pollution in urban and suburban areas; transport of pollution from biomass burning and ozone production; air pollution from oil and gas fields; and ship pollution tracks and drilling platform plumes. TEMPO can also be used to measure the extent to which the evaporation of water from corn crops, also known as corn sweat, worsens heat waves and air pollution, as well to measure nitrogen dioxide released by farm soil that occurs when it rains soon after the application of fertilizer.

The third instrument is the ESA Sentinel-4 satellite which is expected to launch in 2023. The Sentinel-4 system consists of an Ultra-violet Visible Near-infrared (UVN) imaging spectrometer embarked on the EUMETSAT’s geostationary MTG-S platforms. The Sentinel-4/UVN instrument is a high-resolution spectrometer system operating with 3 designated bands in the solar reflectance spectrum, covering the ultraviolet (305-400 nm), visible (400-500 nm) and near-infrared (750-775 nm) bands. The central Sentinel-4/UVN instrument parameters are a spatial sampling of 8 km over Europe and a fast repeat cycle over Europe and North Africa (Sahara) of 60 minutes.

The main objective of this mission is to make measurements at high spatial resolution and with a fast revisit time of aerosols, nitrogen dioxide and ozone, as well as monitor stratospheric ozone and measure solar radiation over Europe and North Africa in support of the Copernicus Atmosphere Monitoring Service (CAMS).

For a more in-depth overview of the three different instruments of this global satellite constellation, visit GEMS, TEMPO and Sentinel-4.