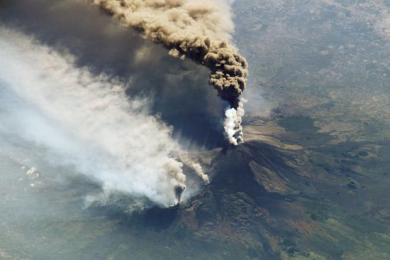 “More than half of the world’s active volcanoes are not monitored instrumentally,” according to GFZ Helmholtz Centre Potsdam. Yet eruptions occur quite frequently, with up to 85 of the 1500 active volcanoes erupting each year, and can cause significant damage. For example, the 2018 volcanic eruptions at Fuego (Guatemala) and Anak Krakatau (Indonesia) resulted in 430 dead and missing persons. This threat to human life makes improving the monitoring of volcanoes all the more important.

A German research team, made up of scientists  from the Technical University of Berlin and the GFZ German Research Centre for Geosciences in Potsdam, has created a new volcano monitoring platform called MOUNTS (Monitoring Unrest from Space). The platform utilizes satellite technology for volcano monitoring, which may offer better prospects for cost-effective and consistent monitoring, in comparison to traditional methods. For instance, ground-based sensor monitoring techniques require high financial and maintenance costs, resulting in more infrequent use, with less than half of active volcanoes worldwide currently being monitored in this way.

Satellites facilitate consistent and long-term monitoring of volcanoes, allowing for a comprehensive overview of volcanic unrest warning signs, which may include changes in seismic behaviour, ground deformation, gas emissions, and temperature increase. They can also be used to monitor volcanoes considered dormant and extinct, which can still erupt unexpectedly, as demonstrated by the Chaitén volcano in Chile, which erupted in 2008 following 8000 years of inactivity. According to the GFZ Helmholtz Centre Potsdam, such dormant and extinct volcanoes are often not monitored instrumentally, meaning satellites could play a key role in filling this gap.

In the MOUNTS project, scientists analyse images from several satellite sensors, including Sentinels 1, 2, and 5P, to track volcanic change, and also incorporate seismic data from GFZ’s GEOFON network and from the United States Geological Survey (USGS). Additionally, the team has experimented with integrating innovative data analysis techniques, such as artificial intelligence (AI), to detect large deformation events through so-called artificial neural networks. According to a GFZ press release about the project, “[t]he researchers trained [artificial neural networks] with computer-generated images mimicking real satellite images. From this vast number of synthetic examples, the software learned to detect large deformation events in real satellite data formerly not known to it.” Going forward, the scientists hope that these artificial networks can continuously learn from all the global data gathered under the MOUNTS system, and that additional AI tools can be integrated to address different volcanic monitoring needs.

Sébastien Valade, head of the MOUNTS project, stated, “I am deeply convinced that in the not so far future, automated monitoring systems using AI and data from different sources like satellite remote sensing and ground-based sensors will help to warn people in a more timely and robust fashion.” Currently, the MOUNTS system monitors 17 volcanoes worldwide, including Popocatépetl in Mexico and Etna in Italy. Satellite images and additional information is freely available on the MOUNTS website, and a technical overview of the MOUNTS system, including the AI test analysis of volcanic deformation, can be found here.