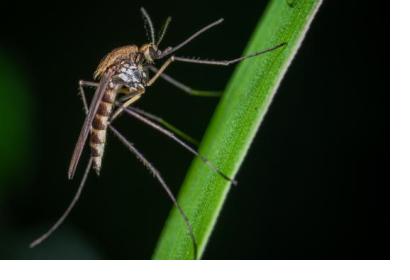 Dengue fever is a viral infection transmitted by mosquitoes. “Today the disease is endemic in 141 countries, affecting 390 million people and with a global annual cost estimated at almost US$9 billion. Since 2000, there has been an increase of over 100% in the number of cases of dengue fever in Vietnam, and there is currently no system for forecasting future dengue outbreaks.” according to a Space for Development article. Through their ability to capture important insights about rainfall, temperature, humidity, and soil moisture, among other factors,  Earth observation satellites could offer a way to detect early warning signs of the disease.

In an attempt to help reduce the prevalence of dengue fever cases in Viet Nam, HR Wallingford is leading a project to forecast dengue fever outbreaks using Earth observation satellites, as part of the UK Space Agency’s International Partnership Programme (IPP). Called the Dengue MOsquito Simulation from Satellites (D-MOSS), the project involves the integration and analysis of Earth observation datasets, weather forecasts, and a hydrological model to predict the probability of dengue fever outbreaks up to eight months before they occur. The Earth observation data includes historical data, in addition to Sentinel mission data, and the UK Met Office seasonal forecasts, comprised of optical and radar Earth observation data from GPM (NASA/ JAXA), Sentinel and SMOS (ESA), SMAP, Aqua and Terra (NASA) which provide information about rainfall, temperature, humidity, and soil moisture.

The goal is that this information be analysed and processed in such a way that local communities in Viet Nam can use it to design and implement preventative measures, such as eliminating mosquito-breeding sites. Under the D-MOSS system, according to a IPP report, “A new forecast for each district is issued every month and during outbreaks the forecast is issued on a weekly basis.” D-MOSS is a three-year project, which began in February 2018 and will end in February 2021. Once complete, “D-MOSS will be the first fully integrated dengue fever forecasting system incorporating Earth Observation (EO) data and seasonal climate forecasts to issue dengue warnings on a routine basis,” according to Space for Development.