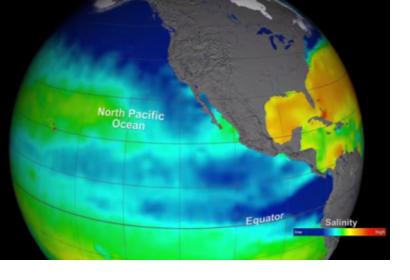 The international Earth-observing mission, launched in 2011 to study the salinity of the ocean surface, has been brought to an end due to the shut down of an essential part of the power and attitude control system for the SAC-D spacecraft.

Despite this recent loss of onboard power regulation and spacecraft attitude stabilization, the Aquarius instrument had already successfully achieved its science objectives and completed its primary three-year mission in November 2014.

“The Aquarius sensor collected three years and nine months of valuable data. It was truly a pioneering effort to determine how accurately we could measure ocean salinity from space and for the first time study large and small-scale interactions of the global water cycle,” said Aquarius principal investigator Gary Lagerloef.