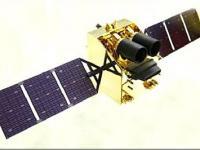 VRSS-1 is Venezuela's first remote sensing satellite.
On May 26, 2011, a contract for the manufacture and launch of the VRSS-1 spacecraft was signed in Caracas, Venezuela, between the government of Venezuela (the Ministry of People’s Power for Science, Technology and Intermediate Industries) and CGWIC (China Great Wall Industry Corporation), a subsidiary of CASC (China Aerospace Science & Technology Corporation).
After launch, the VRSS-1 satellite was renamed in honor of Sebastián Francisco de Miranda (1750-1816), a Venezuelan revolutionary hero, known as ‘Generalissimo’ Francisco de Miranda, who had planned the independence of the Spanish colonies in South America.
Partner organizations in the VRSS-1 program: ABAE is the Space Agency of Venezuela, subordinated and funded by the Venezuelan Ministry of People’s Power for Science, Technology and Innovation (MPPCTI). ABAE is in charge of in-orbit operations, management and application of the VRSS-1 satellite mission. The VRSS-1 satellite launched September 20, 2012.