Analysis of debris flow due to heavy rain 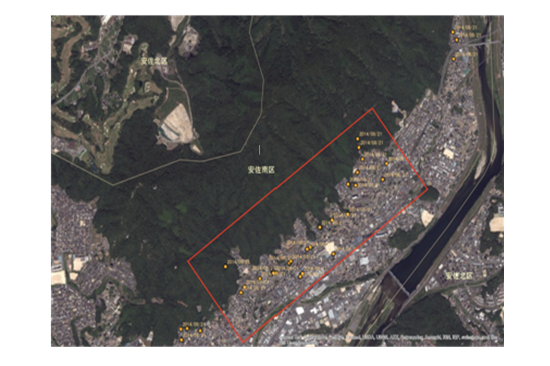 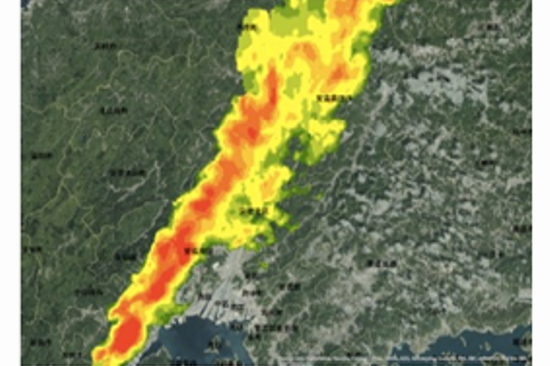 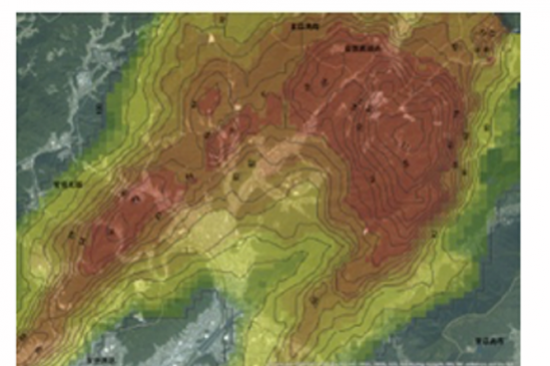 Many of the sediment disasters were likely generated by the heavy rain. Sediment danger is alerted to during heavy rainfalls (≥20 mm/h), or when the total rainfall exceeds 100 mm. The new system can analyse the amount of accumulated rainfall, which is important for landslide disaster prevention.

Authors of the paper developed a method on how to determine rainfall from radar data.

The X-band MP radar observes local rainfall in near-real time. Therefore, the data of flood damage and landslide disaster caused by localized torrential and heavy rains (downpours) can be analyzed for appropriate river management and disaster prevention activity. The X-band MP radar collects detailed observations of regional heavy rain in real time (observation radius = 60 km, versus 120 for the C-band radar), which is suitable for gauging large-area rainfall. The high resolution of the X-band MP radar is enabled by its shorter wavelength (8-12 GHz) than that of the C-band radar (4-8 GHz).

The raindrop shape can be understood by transmitting vertically and horizontally polarized light. The rainfall can be deduced from the flatness and other shape properties of the raindrops. Such highly accurate rainfall data collected in real time require no correction by the ground rain gauge. The movement direction and transfer rate of the raindrops, which are useful for rainfall prediction, can be deduced from the Doppler function.

The X-band MP radar can observe at 5 times higher frequency and 16 times higher resolution than the C-band radar. Its minimum observation area is a 250 m mesh, and its delivery period is 1 min.

The special data structure of the X-band MP radar is difficult to process by GIS or other software. Therefore, to enable compatibility with GIS, an original software was developed. The results of the method can not only calculate the rainfall, but the spatial distribution of the rainfall.