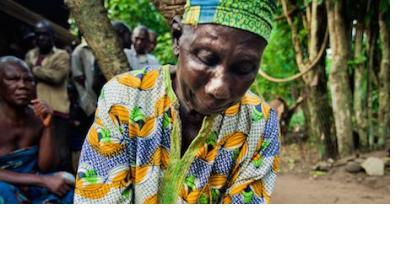 The report focuses on how behaviours and perceptions related to culture can increase the vulnerability to natural hazards and it investigates the reasons that bring individuals to live in hazard-prone locations. For instance, peoples' perceptions of risks are shaped by local traditions, religious beliefs and social practices that can clash with the projects of disaster relief interventions, affecting the outcomes of such operations. To reduce these dangers and increase livelihood standards, it is crucial to reconcile local cultural attitudes with the culture of public health bodies. IFRC's 2014 report stresses on how cultural rationalities ought to be assessed within a more comprehensive people-centered approach to disaster risk reduction, in accordance with the new post-2015 development agenda.

Furthermore, WDR 2014 features a summary of 2013 disaster data, such as: almost 100 million people were affected by disasters, 87% of whom live in Asia; floods represent the most frequent natural hazard, to the extent that floods-related deaths accounted for 44% of the total deaths caused by disasters; in total, disasters triggered by natural hazards caused losses estimated at 118.6 billion US Dollars.

You can download the report on the IFRC website's section.