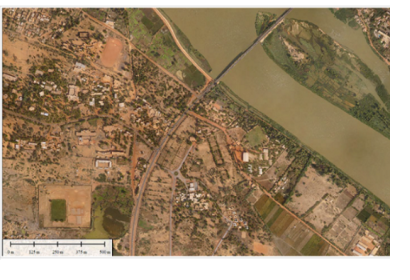 The government of Niger, in partnership with the World Bank and a team of local volunteers, steps up the gathering of data on Niamey’s exposure to floods using drone and open source data to support disaster preparedness.

The initiative started with a team of volunteers, students and young professionals who used an open source mobile application to build a database on exposed people and assets in Niamey, the capital city.

The team has so far gathered about 15,000 data point on household and infrastructure in the region. Drone African Service, a Nigerien startup has been providing training on the use of drones to acquire high-resolution images of exposed people and facilities. This is further analyzed and modelled for flood risk of the most vulnerable communities, which will be further shared with Nigerien government authorities on the risk data portal.

The combination of this data will be further used to create a preparedness mechanism for subsequent flooding - an approach which can be transferred in terms of its innovation and use of technology for resilience both within Africa and other parts of the world.

This project was funded and supported by the Global Facility for Disaster Reduction and Recovery (GFDRR) and World Bank through its “Building Resilience through Innovation and Open Data in Sub-Saharan Africa” program.