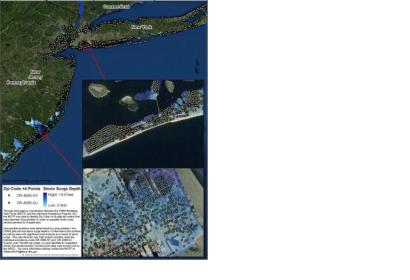 The US Geological Survey (USGS), along with other government agencies and the private sector, recently launched the 3D Elevation Program (3DEP), composed on current and accurate three-dimensional mapping data finalized to replace outdated and inconsistent data.The USGS hosted a briefing in Washington on 25 July 2014 to discuss 3DEP and its benefits in more detail, demonstrating how the programme is being used nationwide and what it aims to accomplish.

3DEP is based on Lidar, whose accuracy is at least three times greater than previously possible when mapping the bare earth elevation. Lidar measures the distance by pointing a laser at a target and analyzing the reflected light, allowing both natural and manmade features to be captured in great detail.

Lidar slope data is also used for pipeline routing across mountain ranges and beneath rivers, construction planning, encroachment control, and asset inventories. Its versatility makes 3DEP helpful for disaster management, such as the landslide which occurred in northwest Washington on 22 March 2014, and for the detection of potential obstacles in aviation navigation and safety.