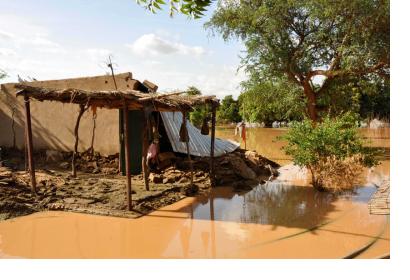 Heavy rains and serious flooding at the end of August caused destruction of infrastructure in several parts of Niger. In the capital, Niamey, the authorities order thousands to leave their houses. Since the start of the rainy season in May, torrential rains and resulting floods in the country has caused more than 40 deaths, with more than 82,000 people affected. Last week, over 100mm of rain were recorded in Niamey.

The United Nations Office for Outer Space Affairs (UNOOSA) has requested the activation of the Copernicus Emergency Management Service (EMS) - Mapping for floods in Niger, which has been accepted. The first maps produced under activation have been delivered and can be accessed via the link below.