UNOOSA requests activation of International Charter for tsunami in Indonesia 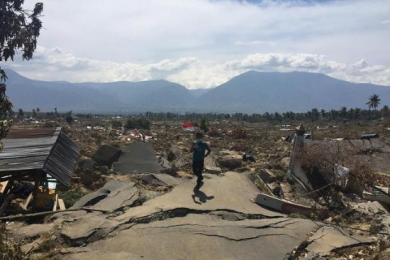 Following a tsunami that hit coastal areas around the Sunda strait between the Indonesian islands of Sumatra and Java on 22 December, the United Nations Office for Outer Space Affairs (UNOOSA) has requested the activation of the International Charter Space and Major Disasters on behalf of the National Institute of Aeronautics and Space (LAPAN) of Indonesia. LAPAN is a UN-SPIDER Regional Support Office (RSO).

According to the Indonesian National Disaster Management Agency (BNPB), 281 people have been killed, 1,016 people injured, and an estimated 11,700 people displaced as a result of the tsunami. The waves struck after volcanic activity from the Anak Krakatau volcano likely set off undersea landslides than in turn caused the surges.

Through the International Charter, data are made available to civil protection agencies and humanitarian actors for rapid response to major disaster situations.

In addition to the International Charter, the European Commission's Copernicus Emergency Mapping Service (EMS) and Sentinel Asia have also been activated to provide information to spport emergency response efforts.