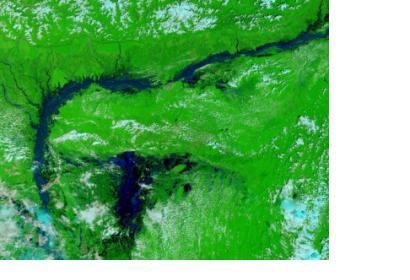 UNOOSA/UN-SPIDER and many partners from the Space, the Earth observations and the Civil Protection communities, and from the regional and international organizations have been working together since June 2014 as a way to spearhead efforts regarding the incorporation of the use of Earth Observations and Space-based applications in the post-2015 framework for disaster reduction (HFA-2), to be launched during the Third World Conference on Disaster Risk Reduction (WCDRR) in Sendai, Japan next year.

The partners include UN agencies, international and regional organisations, space agencies, academia, ministries and national civil protection agencies. These efforts have been endorsed by government institutions of the Federal Republic of Germany, the People’s Republic of China, the Dominican Republic and the Islamic Republic of Iran.

One of the key aims of the group is to ensure that the existing text on the use of Earth observations and Space-based information in the current Hyogo Framework for Action (HFA) is introduced in HFA-2. Another objective is to encourage the incorporation of Earth observation data and products in several of the indicators that have already been proposed in the monitoring framework that will accompany the HFA-2. A third activity is the conduction of a working session during WCDRR on “Earth observations to support national and local disaster-risk reduction initiatives”.

All of these efforts are geared to make the disaster risk reduction community aware that the quality of satellite sensors and access to and use of satellite imagery and services has greatly improved in recent years. Tremendous progress has been achieved through the continuous development of powerful algorithms and software to manage and process geospatial data and in innovative approaches to disseminate imagery and geospatial datasets in near-real time via geo-web-services, which can be used in disaster-risk management and emergency response efforts.