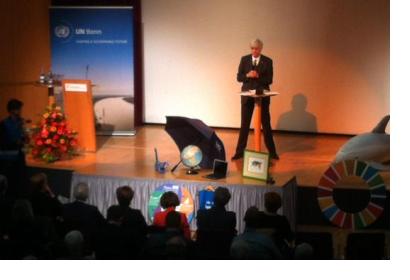 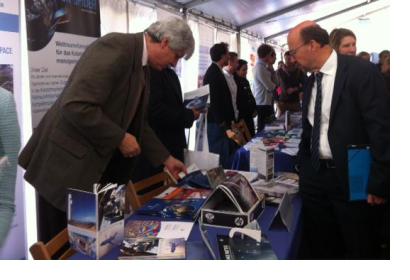 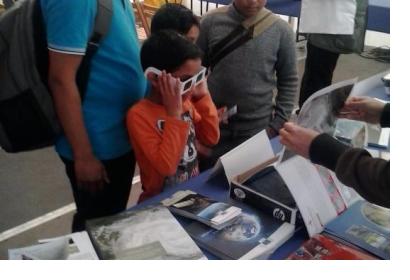 The United Nations commemorated its 20th anniversary since its establishment in Bonn, Germany in June 1996.  Taking into consideration the recent launch of the Sustainable Development Goals, the theme for this anniversary celebration was “Shaping a Sustainable Future”.    UN-SPIDER joined the festivities on 28 and 29 October 2016. During the UN Talks held in the evening of 28 October, the Head of the UN-SPIDER Bonn Office focused his remarks on the role of space-based information in disaster risk reduction as essential when addressing sustainable development.  His comments were rooted on the fact that disasters are eroding hard-won development gains in developing countries.  At the UN fair on 29 October 2016, UN-SPIDER’s stand offered visitors more information on the work carried out by this programme of the United Nations Office for Outer Space Affairs (UNOOSA) and the role of space-based technologies including Earth observation, satellite telecommunications and Global Navigation Satellite Systems (GNSS) in early warning systems and as a way to reduce the impacts of earthquakes, tsunamis, storms, droughts, floods and other natural hazards.
Thu, 11/03/2016 - 04:33
Europe