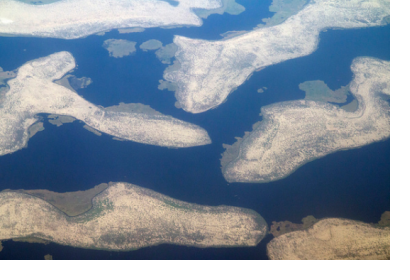 UN Environment and Google announced a global partnership on 16 July 2018 which will see the launch of a platform to enable governments, NGOs and the public to monitor and respond to changes to the environment. Given that this Earth observation-based platform can timely track a range of environmental changes, the project may also help to improve disaster resilience and provide early warning for emergencies.

The platform, which combines environmental science, “big data” and unprecedented accessibility, aims to expand what the world knows about the impact of human activity on the environment.  Officially launching in October 2018, this environmental protection partnership will leverage Google’s earth observation tools such as Google Earth and Google Earth Engine as well as its cloud computing capability.

The project will initially focus on freshwater ecosystems including mountains, forests, wetlands, rivers, aquifers and lakes. These areas account for 0.01 per cent of the world’s water but provide habitat for almost 10 per cent of the world’s known species and evidence suggests a rapid loss of freshwater biodiversity. Google will periodically produce geospatial maps and data on water-related ecosystems by employing massive parallel cloud computing technology. Satellite imagery and statistics will be generated to assess the extent of change occurring to waterbodies, and made freely accessible to ensure nations have the opportunity to track changes, prevent and even reverse ecosystem loss. For instance Lake Chad in Africa, on which so many people depend for their livelihoods, is drying up quickly. As highlighted by UN Environment, access to comprehensive data and satellite images of the lakes and rivers surrounding the Lake Chad may better explain why the lake is retreating; one of the factors leading to the complex emergency that is now occurring in the Lake Chad Basin.

The platform may also contribute to disaster resilience and early warning of emergencies globally given that the project aims to provide crucial and timely data to national authorities and others on changes to the environment. “Much of the world does not have access to good data about the state of their forests, their rivers and lakes and coastal ecosystems and how they’ve been changing over time…it’s a critically important time because there are dramatic changes going on, due to climate change and urbanization and a number of [other] factors,” said Rebecca Moore, Director, Google Earth, Earth Engine & Earth Outreach.

While this platform is not the first use of satellite imagery that reveals the impact of human activity on the environment, its significance is that is one of the largest of its kind and the data is free of charge. In the long term, the partnership hopes to establish a platform for open-source data and analysis of the UN Sustainable Development Goals. The platform could be expanded to include issues such as tracking desertification or plastics in the world’s oceans.

Other areas of focus for the UN Environment and Google cooperation include advocacy and capacity-building activities as well as the development of partnerships with organizations like the European Commission’s Joint Research Centre, the European Space Agency and NASA.

The UN Environment-Google partnership was launched during the High-Level Political Forum on Sustainable Development held in July 2018 at UN Headquarters in New York, United States of America. World leaders gathered to review of the UN’s 2030 Agenda for Sustainable Development as well as best practices and progress towards implementation.