Turkey: RASAT satellite imagery will be made public 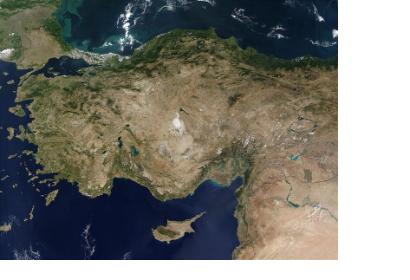 The state scientific research institute of Turkey, TÜBITAK, has stated that the imagery received by Turkey’s RASAT satellite will be opened to the public through an online portal this year. This online portal is part of a project started by TÜBITAK’s Space Technologies Research Institute, TÜBITAK UZAY, which also participated in the design of the satellite itself.

RASAT satellite is Turkey’s first earth observation satellite, which was launched into space on 17 August 2011 from the Yasny Launch Base in southwestern Russia, bordering Kazakhstan. RASAT satellite has shot images of an area coming around 3.8 million kilometers to the date, that are already being used by several public institutions including the Prime Ministry’s Disaster and Emergency Management Directorate (AFAD).

In this context, RASAT has already met the demands from public institutions, private firms and universities in 2013.