Space-based information to support the SDGs Indicators and Monitoring Framework 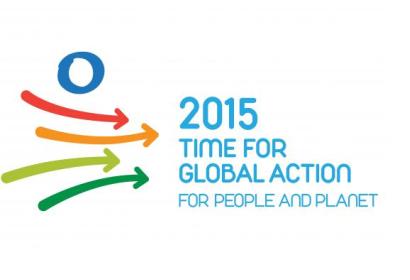 The second meeting of the Inter-agency and Expert Group on Sustainable Development Goal Indicators (IAEG-SDGs) was held at the United Nations Conference Center in Bangkok, Thailand from 26 to 28 October. The aim of the convention was to review the possible global indicators of the framework needed for the monitoring of the goals and targets of the post-2015 development agenda at the global level, and support its implementation. The event was broadcasted life to the public during the three days.

Measuring development indicators at national levels is traditionally being performed by national statistical offices. Space technology capabilities and space-based information can be used to support the Sustainable Development Goals Indicators and Monitoring Framework, as an objective measuring tool which enables a spatially consistent monitoring of the Earth.

As an example, the Indicator “number of deaths, missing people, injured, relocated or evacuated due to disasters per 100 000 people” is suggested for three SDGs: No Poverty (1), Sustainable Cities and Communities (11); and Climate Action (13). Grading maps on high resolution satellite imagery show the amount of houses destroyed or damaged after a certain natural disaster event. People affected can be determined as well by overlaying affected areas with population data. Remote sensing can contribute to an effective adaptation and disaster risk reduction measures to mitigate the economic and social impact of natural disasters.