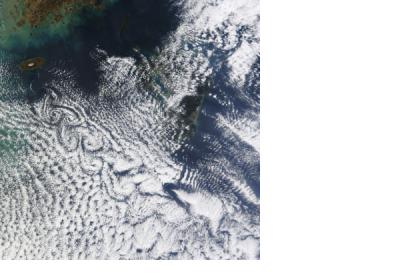 Recognizing how important it is to find innovative solutions to save lives and reduce economic losses, researchers from the High Impact Weather Research Centre (HIWRC) at South Korea’s Gangneung-Wonju National University have developed a new device which could soon predict natural disasters before they even hit. Natural disasters such as floods, cyclones, earthquakes, drought and tsunamis have a great impact in the countries of the Asia Pacific region where, according to the United Nations Economic and Social Commission for Asia and the Pacific, from 2001-2010, on average, more than 200 million people were affected and more than 70,000 people were killed by natural disasters annually. However, the information given to the local authorities by this new device could save numerous lives and reduce economic losses brought about by natural disasters.

Dr. Chul Sohn, a geospatial expert from HIWRC, explained that the device is able to forecast weather up to twelve hours before impact by using GIS technology and a weather model known as the Korea Local Analysis and Prediction System. “It does so by investigating the relationship between extreme climatic conditions and past natural disasters. Since it is GIS enabled, it gives users the capability to determine the areas likely to be directly impacted by a natural disaster.” By having this kind of information, local authorities can then quickly warn or evacuate people before a tragedy fully unfolds.