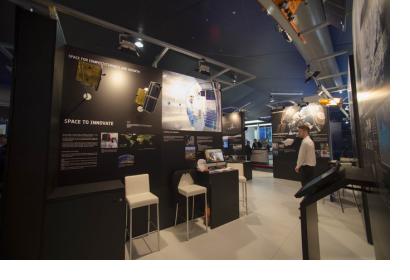 Following the successful launch of the first ever Scottish made spacecraft UKube-1 this week in Kazakhstan, Ministers announced a plan to establish a UK spaceport by 2018 at the Farnborough Airshow. Spaceport facilities would primarily be used for satellite launches as well as attract private operators like Virgin Galactic and XCor and become of hub for space technology and tourism.

"I am delighted that the government is pushing forward with its ambitious plans to open a spaceport in the UK by 2018. Spaceports will be key to us opening up the final frontier of commercial space travel,” said Danny Alexander, Chief Secretary to the Treasury.

Scotland has potential to become a major player in the UK government’s future plans for commercial space travel.

“Scotland is proving that it has the expertise to attract and support such a specialized, global industry, and as such an independent Scotland will be an attractive option for spaceport pioneers," a spokes woman from Scottish government told the BBC in an interview.

The space sector in the UK as a whole has become one of the fastest growing industries and has the potential to capitalize on the growing global space market creating jobs and boosting the economy.