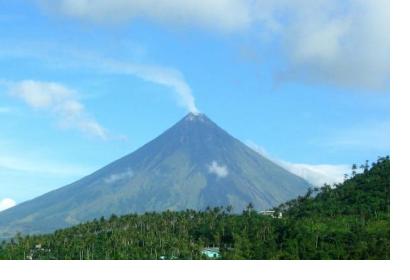 Due to the frequency of natural disasters, disaster management and response in the country is regularly called upon. This requires coordination and communication between agencies in the field and government agencies in Manila for resources and policy decisions.

However, the entire archipelago of the Philippines suffers from an unreliable telecommunications and internet infrastructure. These realities hamper emergency communications and disaster risk reduction and management during all phases of a natural disaster.

Field offices are now operating mobile satellite communication equipment, which makes use of INMARSAT’s Global Xpress system of satellites. Satellite terminals are part of a bottom-up approach meant to empower local governments and municipalities to better coordinate disaster response in their province. Global Xpress also provides a better means of communications between first responders and policy-makers, supporting them to make more informed decisions about resource allocation and disaster-related policy-decisions.

In the end, affected populations get help faster. Not only this but satellite communication helps evacuees and people in affected regions to communicate to have access to critical information and to contact their families. This is particularly important when the traditional infrastructure has been taken out by the disaster.

In a country so often impacted by natural disasters, satellite communication will continue to play a critical role in the disaster management process of the Philippines, by aiding communication to help policy-makers gain better situational awareness for improved resource allocation, supporting local populations have access to critical information, and have contact to their families.