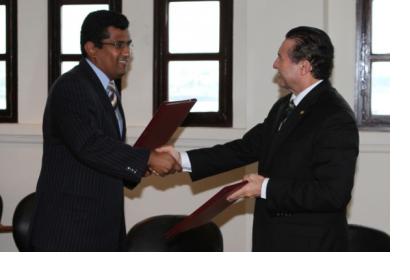 "The signing of this instrument is an important step towards cementing CATHALAC's intergovernmental endeavors across the humid tropics of Latin America and the Caribbean as well as highlighting Panama's leadership in integrated water resources management in the Hemisphere", stated CATHALAC´s Director General, Emilio Sempris.