Regional Centre for Space Science and Technology Education in Asia and the Pacific: Successful first training 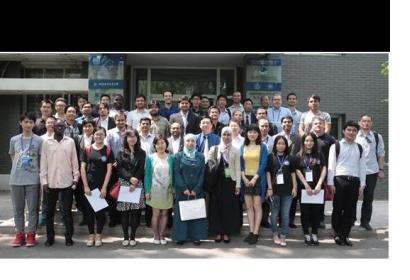 From 20 to 29 April 2015, the UN affiliated Regional Centre for Space Science and Technology Education in Asia and the Pacific (RCSSTEAP), based in Beihang University, Bejijng, organized the ten-day course "Satellite Navigation Technology and Applications". A total of 30 participants from 11 countries participated in the training programme. The aim of the training was to support early career researchers and professionals working on the topics of Global Navigation Satellite Systems (GNSS) and BeiDou technologies.

Invited experts came from France, Croatia, as well as from domestic universities, satellite navigation companies and research institutions. This was the first short course conducted by RSCCTEAP after the centre was inaugurated in November 2014.

Shirish Ravan and Longfei Liu of UN-SPIDER Beijing Office were present in the closing ceremony to interact with the participants and distribute the course certificates. The centre has planned three long-term international training courses on space technology application in 2015.