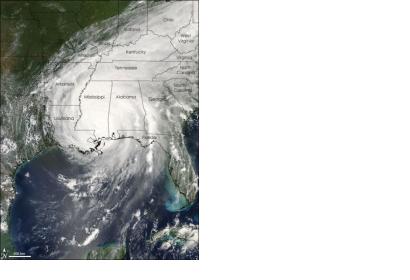 A recent study conducted by Mark Z. Jacobson, a professor of civil and environmental engineering at the Stanford University, Cristina Archer and Willett Kempton of the University of Delaware, shows that offshore wind farms could have sapped the power of three real life hurricanes.

The scientists base their research on computer simulations of hurricanes Sandy and Isaac from 2012 and Katrina from back in 2005. "We found that when wind turbines are present, they slow down the outer rotation winds of a hurricane," Jacobson said.

Especially surprising are the results base on the Katrina simulation. The study shows that an array of 78,000 wind turbines off the coast of New Orleans would have decreased the hurricanes power with 79 percent. For Hurricane Sandy, that hit New York, there would have been a 34 percent decrease.

This study underlines incentives for building wind farm off the coasts of the US. The researchers proved a decrease on damages caused by the wind force and flooding. But also the turbines can be considered as an investment, since in the long term electricity from renewable energy will get cheaper and will also help mitigate the climate change impacts.