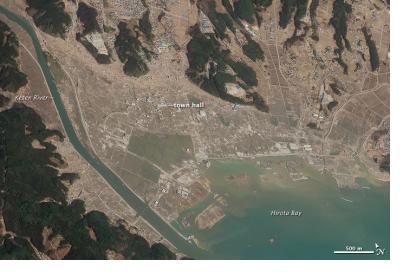 A new study conducted by experts of the Japan Earthquake Science Exploration Agency (JESEA) shows that Global Navigation Satellite System (GNSS) signals can effectively be used as a means of earthquake prediction using the 2011 Great East Japan Earthquake as a case study.

Although it has been previously claimed in the academic community that prediction of forthcoming seismic events was impossible with existing measuring techniques, this study succeeded in detecting several pre-signals six months, five months, one month and three days before the Great Earthquake through GNSS data.

According to this study, the forecast as well as the pre-slips in the three days prior to the Great East Japan Earthquake of March 11, 2011 could have indeed led to anticipate the next event. According to the authors “not only short term indicators, but also long term indicators are necessary to detect pre-signals. Simultaneous dramatic changes at multiple points enable the identification of pre-signals.”