New Instrument on ISS to provide Imagery to Developing Nations 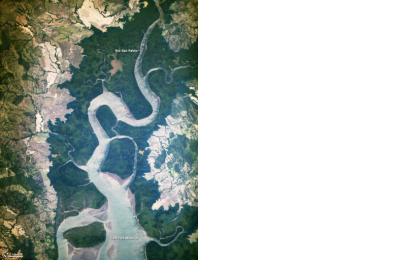 In January 2013, a new Earth-observing instrument was installed on the International Space Station (ISS): ISERV Pathfinder. The instrument consists of a commercial camera, a telescope, and a pointing system, all positioned to look through the Earth-facing window of ISS’s Destiny module. The camera allows taking high-resolution photographs at 3 to 7 frames per second, totaling as many as 100 images per pass. With a resolution down to 3.2 meters (10 feet), it will be possible to spot fairly small details and objects –if there’s a good viewing opportunity.

The current mission will test the limitations of Pathfinder, i.e. how the geometry of the ISS window affects the imagery; how much sunlight is needed to capture clear images; and how the atmosphere affects that clarity. This characterization phase will last several weeks to a few months. The long-term goal is to develop a system providing imagery to developing nations, the natural hazards community and to basic research scientists as they monitor natural disasters and environmental concerns. “ISERV’s full potential is yet to be seen, but we hope it will really make a difference in people’s lives,” said principal investigator Burgess Howell of NASA’s Marshall Space Flight Center.