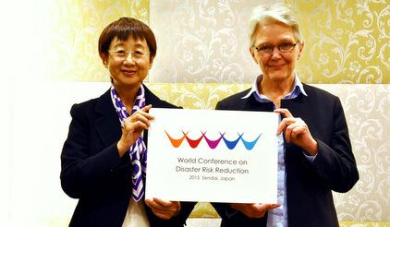 The General Assembly confirmed that the 3rd World Conference on Disaster Risk Reduction will take place in Sendai City, Japan from 14 to18 March 2015. The main topic on the Conference will be the renewal and further development of the Hyogo Framework for Action which was adopted in 2005 in the aftermath of the Indian Ocean Tsunami disaster.

UNISDR Chief Margareta Wahlström said “The 3rd World Conference provides us with a rare opportunity to forge universal agreement on how to build disaster resilience across all sectors of society.” The organizers expect more than 8,000 people to attend the Conference including government, private sector, science and NGO’s representatives.