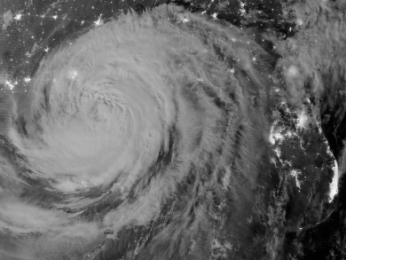 NASA and NOAA are working on a new satellite system which will be launched in late 2015 for the Geostationary Operational Environmental Satellite-R Series (GOES-R). GOES-R, part of a scientific collaboration between NASA and NOAA, will be the next generation of geostationary weather satellites. Both NASA and NOAA are hoping to improve severe weather detection with the help of this new technology to save more lives and property.

GOES-R will provide continuous imagery and atmospheric measurements of Earth’s Western Hemisphere. The GOES-R, for the first time ever, will enable scientists to detect lightning within storm clouds representing, thereby, the next generation of geostationary weather satellites. This ability will allow for better tracking of the development of potential storms, the direction they are moving, and their eventual intensification both before and during a severe storm event.

The team working on the new GOES-R system believes their efforts will make it easier to observe thunderstorm development with far greater spatial and temporal detail than has ever been achieved. As catastrophic weather events have no known specific season, the team believes that the technology contained within their GOES-R will be able to provide earlier warnings than before, regardless of the time of year. Another significant advancement could also help detect developing tornadoes at night to provide the public more time to get to safety.

The team recognizes, however, that lightning isn’t the only signifier of impending severe weather. For this reason, the GOES-R will also be outfitted with the Advanced Baseline Imager (ABI) which will assist in monitoring the overshooting cloud tops that are also indicative of severe storm activity. These overshooting cloud tops are dome-like clouds that are able to penetrate above the anvil of a thunderstorm. The detection provided by ABI will be able to recognize this activity which is indicative of a strong updraft.