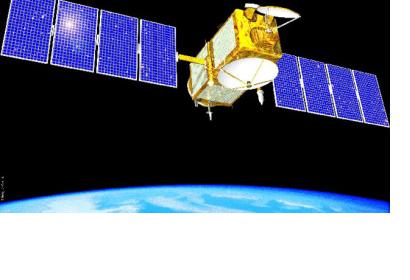 The Jason-1 ocean altimetry satellite has been retired after achieving scientific, technical and international success in its life time. The satellite was launched in 2001 as a joint project of the NASA and the Centre National d'Etudes Spatiales (CNES). It was designed to last for three to five years but in fact, Jason-1 has been in orbit and reporting data for more than eleven years. During this time, the satellite has successfully mapped sea level, wind speed and wave height for more than 95 percent of Earth's ice-free ocean every 10 days. This information contributed to create a revolutionary 20-plus-year climate data record of global ocean surface topography that began in 1992 with the launch of the NASA/CNES TOPEX/Poseidon satellite.

Since its launch, the satellite has shown that the global sea levels have risen by nearly 1.6 inches (4 centimeters) as a result of global warming. "The Jason satellite series provides the most accurate measure of this impact, which is felt all over the globe", said John Grunsfeld, associate administrator NASA's Science Mission Directorate in Washington.

"Jason-1 provided one of the most comprehensive pictures of changes in the tropical Pacific Ocean, including the comings and goings of El Nino and La Nina events," said Lee-Lueng Fu, a scientist of the project Jason-1. "These Pacific Ocean climate cycles are responsible for major shifts in sea level, ocean temperatures and rainfall every two to five years and can sometimes be so large that worldwide weather patterns are affected. Jason-1 data have been instrumental in monitoring and predicting these ever-changing cycles."