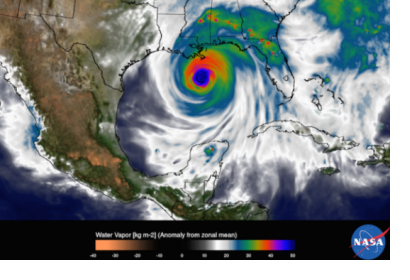 NASA’s Goddard Space Flight Center has released a high-resolution video that simulates Hurricane Katrina’s movement across the Atlantic Ocean, then the Gulf of Mexico, and its final collision with the southern part of the United States. It combines observational data with a high-resolution model of Earth, called GEOS-5, and reflects scientists’ better understanding of heavy storms.

Ten years after the Hurricane Katrina devastation, more precise Earth observation technology has helped researchers to learn more about the factors contributing to storms' intensity and path. Therefore, they could make better forecasts and warnings aimed at saving more lives.

Some improvements in this area include the analysis of the role of the so-called "hot towers," or tall thunderstorm clouds that carry heat upward, and of wind shears that can stop the hurricane from intensifying. Scientists are currently researching more variables that may contribute to storms, such as dust and dry desert air.

According to Scott Braun, meteorologist at NASA's Goddard Space Flight Center in Greenbelt: “It used to be that we always looked for the mechanisms that allow hurricanes to rapidly intensify, but as of late, the question has gotten flipped around, now, we ask what are the factors that prevent a hurricane from intensifying. Even though the destruction was high, the damage could have been worse if it were not for the forecasts. But no matter how accurate the track forecast, there are still mysteries to solve about hurricane behavior to further improve forecasting."