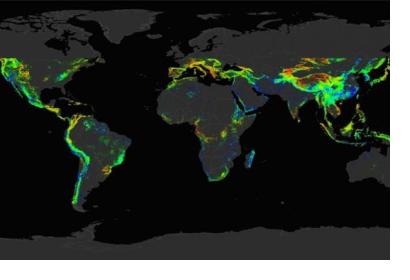 The COOLR project is an open platform where scientists and citizen scientists around the world can share landslide reports to guide awareness of landslide hazards for improving scientific modelling and emergency response.

Landslides cause billions of dollars in infrastructural damage and thousands of deaths every year around the world. However, although data on past landslide events guides future disaster prevention, a global picture of exactly where and when landslides occur does still not exist.

There are three main reasons why it is difficult to monitor landslides globally. First, landslides often occur in remote areas which are not monitored and which therefore lack witnesses to report such events. The fact that landslides can also take place on a small scale contributes to the argument that identifying the onset and the extent of such natural disasters remains a challenging task.

Second, landslide monitoring has been a manual and time-consuming process which is difficult to maintain. NASA’s GLC serves as an example of such difficulties which motivated NASA to establish the new open portal.

The support by citizen scientists enables COOLR to become a data collection with as many different sources and as little bias as possible, including first-hand accounts, reports in other languages, and points from other databases. Citizen scientists also contribute to new reports which leads to a more up-to-date and thorough database and helps to raise awareness and to strengthen education about landslides as natural and man-made hazards. Thus, both the quantity and quality of open landslide data can be improved though the help of citizen scientists, which provides a clearer picture of how landslides are shaping our world.

In order to help NASA to improve the centralized global landslide database, citizen scientists can log into the landslide reporter portal and report the time, location, and date of the landslide as well as the source of information. The portal is available here.