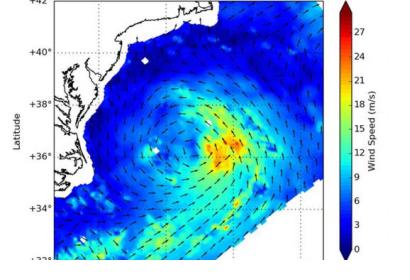 The third Atlantic Tropical Storm of the season, Claudette, has been monitored by the RapidScat instrument that flies aboard the International Space Station.

The RapidScat instrument allows monitoring the movements of the newborn Claudette as well as the increase on the speed and potential weakening. This helps to predict the consequences it can cause and therefore mitigate the damages.

As a replacement for NASA’s QuickScat Earth satellite, the ISS-RapidScat is in charge of measuring Earth's ocean surface wind speed and direction.