MetOp-B satellite to be launched 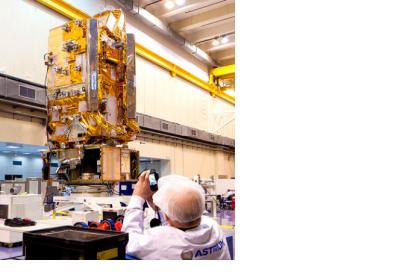 The European operational polar orbiting weather satellite MetOp-B will be launched on 17th September 2012 in Baikonur, Kazakhstan. A Soyuz launcher will place the 4.1 tonne satellite in polar orbit in an altitude of 817 km. Preparations had been put on hold in May due to outstanding issues over the Soyuz drop-zone, but got back under way in July.

MetOp-B is the second of three meteorological satellites procured by the European Space Agency (ESA) and Eumetsat from Astrium. The satellites are launched at five to six year intervals to ensure the programme will be operational for at least 16 years. MetOp-A was launched in 2006 and MetOp-C is scheduled for launch in 2017. Once MetOp-B will reach its polar orbit, it will provide a wide range of global measurements that are essential for weather forecasting and climate monitoring.