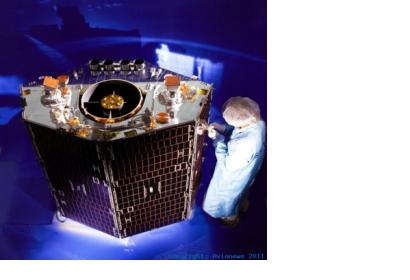 On August 10th, SSTL announced that it will launch the NigeriaSat-2 and NigeriaSat-X satellites on behalf of the Nigerian National Space Research and Development Agency (NASRDA) by a Dnepr launch vehicle from Yasny, Russia 17th August 2011.

Both NigeriaSat-2 and NigeriaSat-X will be launched into the Disaster Monitoring Constellation, where they will assist with disaster relief and global environmental monitoring campaigns alongside satellites from other consortium members ASAL (Algeria), BLMIT (China), Deimos Space (Spain) and SSTL (UK).

A joint SSTL and NASRDA team performed the launch campaign tasks in Yasny, ensuring that both satellites are healthy and ready to launch.

Find out more about the NigeriaSat-2/NigeriaSat-X launch as it happens at: www.sstl.co.uk/launches/nigeriasat-2---nigeriasat-x