Landsat 8: Increased acquisition rates with up to 700 scenes per day 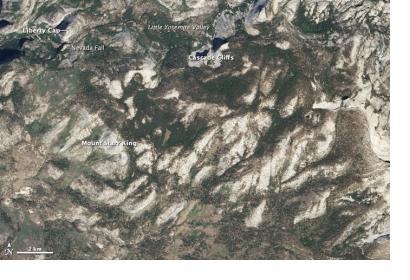 The United States Earth Observation satellite Landsat 8 has recently seen a high increase in acquisition rates. On average, 700 scenes per day have been acquired (compared to 550 images per day before June 2014).

This development is the result of a National Plan for Civil Earth Observations that aims to maximize the value of Earth observation data collected by federal agencies in the United States. USGS stated in a press release: "Landsat 8 will continue to acquire nearly all day-lit land images until October 2014. The increased acquisitions provide more data to all users for land change monitoring and research. This study will help us identify an optimal daily limit to meet science requirements while managing costs and spacecraft health and safety"

The American Federal Government is the largest provider of environmental and Earth-system data in the world, with the contribution of the US Geological Survey, a bureau of the Department of the Interior. The USGS-related program Landsat, ranked 3rd and first launched in 1972, has till now produced the longest, continuous record of Earth’s land surface as seen from space. Landsat 8, the latest Landsat mission, was launched by NASA in February 2013. The addition of Landsat 8 data acquisitions allowed USGS to modify the Landsat 7 acquisition plan and eliminate routine imaging of islands, water, and Antarctica.