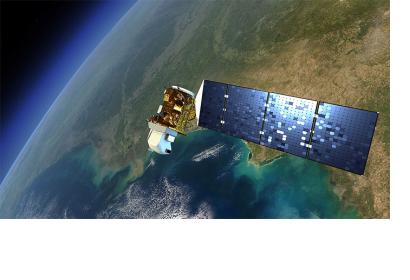 Satellites can greatly aid researchers to identify and study potential problem areas in the water from space like algae blooms and polluted runoff.  However, the study of water with space-based technology is challenging as water absorbs and scatters light often causing lakes and oceans to appear dark or lack detail in satellite images.

“All of the interesting stuff was typically lost in the noise of the old instruments,” said John Schott, a researcher at the Rochester Institute of Technology (RIT). Landsat 8 however, the latest addition the US Earth Observation Landsat fleet, has a Operational Land Imager payload including a new “coastal blue band” capable of detecting the subtle differences in the color of a body of water indicating what materials are mixed in the water.

“Now we’ve got a possibility to see and figure out what’s causing color changes. You can unmix these to give you the components. It’s a potential revolution for studying water.” said Schott, who is also a Landsat science team member.

For the past year the RIT team has compared samples from Lake Ontario on the exact days that Landsat 8 passed the same area providing complimentary ground confirmation for the data gathered from space.  The data is to be used to create tables and programmes to provide timely water quality information for local managers.