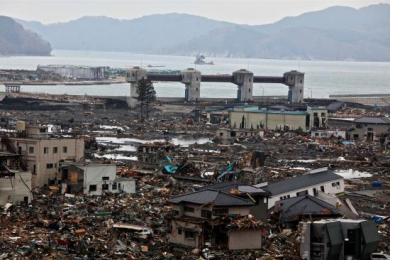 The Japanese government is preparing to test a disaster early warning system that uses one of its Quasi-Zenith’s satellites this year. The system aims to better predict disasters in the Asia-Pacific region.

Through the new early warning system, the Government of Japan seeks to prevent “potential impacts of natural disaster on Japanese manufacturers and supply chains”, the Asian Disaster Reduction Center (ADRC) said. Japan also intends to contribute to the disaster prevention management of other Asian countries, and prepares to run the first tests in Papua New Guinea and India this year.

According to ADRC, one of four Michibiki navigation satellites will be used to transmit information from institutions monitoring weather conditions. Japan has launched four Michibiki satellites between 2010 and 2017, which belong to the Quasi-Zenith Satellite System (QZSS). The Japanese government has worked with ADRC as well as with companies and universities on developing a receiver which will be distributed to local authorities.

Various experiments have already been conducted in Japan to test reciprocal data transmission; the system has not only been used to send warnings but also to connect computers at evacuation shelters and disaster response centres in a simulation.

The disaster warning system is expected to be effective in supporting evacuation and managing relief activities in remote areas such as mountainous regions and small islands.