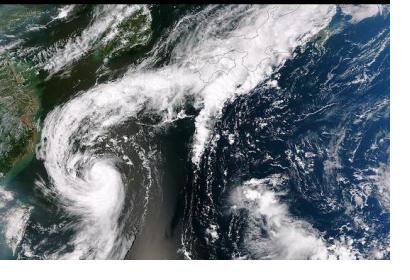 Japan plans to launch a new disaster prediction system using data from both satellites and the ground, in an effort to enable local governments to efficiently organize evacuations in the event of a natural disaster.

As part of the new system, disaster-prone locations will be designated in advance as monitoring spots, based on relevant information including hazard maps developed by local governments. Sensors will be placed at these locations to observe the amount of rainfall and the condition of the terrain. The Quasi-Zenith Satellite System (QZSS) operated by the Japan Aerospace Exploration Agency (JAXA) will also be utilized in order to obtain regular data from space on a variety of areas including rainfall, changes in terrain and soil saturation. This data and other meteorological information will be examined using artificial intelligence software to determine the risk of disaster. The new system aims to accurately forecast the locations of disasters such as floods and landslides, thereby enabling local governments to issue an early warning of disasters including timely evacuation orders to residents.

This disaster prediction system, due to be launched in 2020, will be developed in cooperation with several national authorities in Japan including the Ministry of Land, Infrastructure, Transport and Tourism and the Japan Meteorological Agency.

The record rainfall that hit Japan in June and July 2018 caused landslides and flooding which left over 200 dead or missing. Such disasters highlighted the importance for both the central and local governments in Japan to consider how to improve the prediction of such disasters.

The Quasi-Zenith Satellite System (QZSS) is a Japanese satellite positioning system composed of satellites in quasi-zenith orbits. The system, which focuses on Japan and the wider region, aims to improve the accuracy of positioning data for a range of applications, including smartphones and vehicle navigation systems. Japan plans to provide drivers with disaster information straight to their vehicles through QZSS.

Unlike geostationary satellites - in which the satellite is always in the same position with respect to the rotating Earth - the QZSS “Michibiki” satellites orbit the earth in a “figure 8” pattern. This orbit allows the satellites to maximize the amount of time they spend over Japan. The quasi-zenith orbit also prevents signal blockage by mountains or high-rise structures. A total of four satellites have been launched into orbit as part of the QZSS programme. The satellites are expected to fully operational from November 2018.