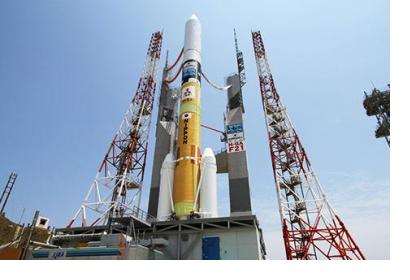 On 7 October 2014 the Japan Meteorological Agency announced the successful launch of the geostationary meteorological satellite “Himawari-8” from the Tanegashima Space Centre in Kagoshima, Japan.

The next-generation satellite represents a highly specialized technology that can be essential in the management of meteorological hazards, such as typhoons and volcanic eruptions. The Japan Aerospace Exploration Agency (JAXA) envisioned the use of “Himarawi-8” as an essential instrument for disaster risk management and emergency response. For instance, “Himarawi-8” will improve the capacity to forecast typhoons, due to its ability to capture a typhoon once every 2.5 minutes, rather than at the current time-pace of 30 minutes. Also, innovative multi-colour images will replace black and white ones, facilitating the detection of volcanic gas plumes and enhancing the possibility of early warnings of volcanic eruption.

High-resolution satellite imagery and updated space-based information are very important to lessen disaster risk in a geographic region that is significantly affected by meteorological hazards. In this sense, the “Himarawi-8” represents the new success for the Himarawi series of satellites, which began in July 1997 with the launch of Japan’s Geostationary Meteorological Satellite (GMS).