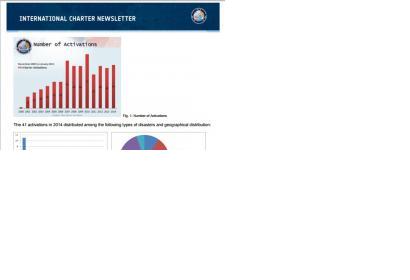 In the Board meeting in Daejeon, South Korea, with more than 45 representatives from the Charter member agencies, some of the issues discussed were the implementation of the new Charter operational system as well as the current progress of the Universal Access initiative. After the conclusion, KARI (Korea Aerospace Research Institute) officially took the lead agency role for a six-month period, ending in April 2015.