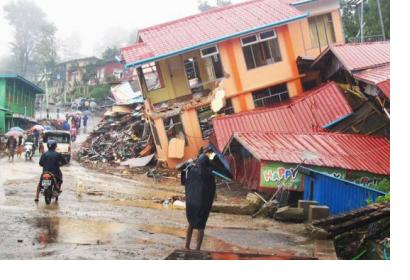 The International Charter: Space and Major Disasters was activated on Wednesday, 5 August, due to floods caused by torrential monsoon rains in 12 of the 14 states of Myanmar, particularly in Chin, Magway, Sagaing and Rakhine areas. UNITAR-UNOSAT sent the request to activate the mechanism on behalf of UNDP Myanmar.

The flooding and subsequent landslides have killed 69 people and affected more than 250,000 so far. Additionally, great economic damages were caused in the delta regions, specialized in rice production, which raises concerns about food security. Local authorities stated that 1 million acres of farmland were flooded and more than 65,000 acres have been destroyed.

According to the Charter, “residents of Myanmar's delta region expect flood water levels to increase as water continues to flow from the north of the country. Rivers in the Ayeyarwady delta region were up to 0.6 to 1 metre higher than safe levels, with water levels expected to rise a further 15cm in coming days”.