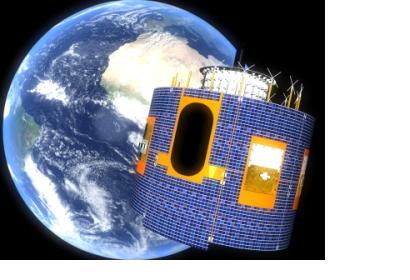 On 12 December 2012, EUMETSAT's MSG-3 satellite was declared ready to support the Meteosat operational services and renamed Meteosat-10. On 18 December, the dissemination of Meteosat-10 SEVIRI data and meteorological products has started to the wider user community via EUMETCast-Europe. This is in addition to the National Meteorological Services in EUMETSAT’s Member and Cooperating States and the European Centre for Medium-Range Weather Forecasts (ECMWF), which have been receiving SEVIRI data and products since October. For EUMETCast users in Africa, a user station upgrade is being prepared which will be deployed over the coming weeks, ensuring Meteosat-10 data availability to users in Africa from January.

In the next two months, Meteosat-10 and Meteosat-9 will deliver full Earth scan image and meteorological products in parallel, with Meteosat-10 scheduled to become the prime operational satellite on 21 January after moving to 0º. Parallel dissemination will allow users to prepare themselves before Meteosat-10 takes over.

MSG is a joint programme undertaken by ESA and EUMETSAT. ESA is responsible for the development of satellites fulfilling user and system requirements defined by EUMETSAT and of the procurement of recurrent satellites on its behalf. Following the satellite separation from the launch vehicle, ESA also performs the Launch and Early Orbit Phase operations required to place the spacecraft in geostationary orbit, before handing it over to EUMETSAT for commissioning and exploitation. EUMETSAT develops all ground systems required to deliver products and services to users and to respond to their evolving needs, procures launch services and operates the full system for the benefit of users.

Launched on 5 July, MSG-3 is the third in a series of four geostationary satellites introduced in 2002. These spin-stabilised satellites carry the primary Spinning Enhanced Visible and Infrared Imager, or SEVIRI. The prime contractor for the MSG satellites is Thales Alenia Space, with the SEVIRI instrument built by Astrium.