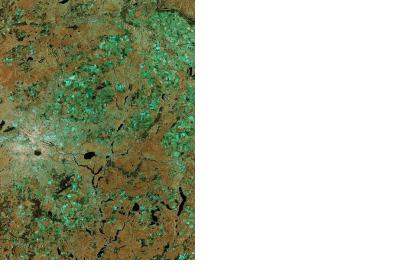 ESA has successfully linked up the Sentinel-1A and Alphasat satellites by laser. The satellites were linked up from a distance of almost 36 000 km between them.

The link will make it possible to deliver images of Earth just moments after they were captured. According to Magali Vaissiere, ESA's Director of Telecommunications and Integrated Applications, the link is operated at 1.8 Gbit/s, with a design that could scale up to 7.2 Gbit/s in the future. She describes the link as "an optical fibre in the sky".

The link will make information collected by Sentinel-1A available at all times, not only when the satellite orbits over its ground stations in Europe, as was the case before the satellites were linked up.