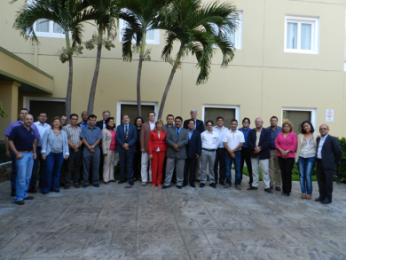 On 31 March and 1 April 2014, UN-SPIDER, the Central American Coordination Centre for Natural Disaster Prevention (CEPREDENAC) and Secure World Foundation joined forces to conduct an expert meeting focusing on the use of space-based information in national early warning systems, with a particular focus on droughts.

The meeting, which took place in San Salvador, El Salvador, brought together more than 30 experts from North, Central and South America, as well as from the Dominican Republic. Experts used the opportunity to identify strategies to institutionalize early warning systems operated at the national level, to identify strategies to incorporate the use of space-based applications in such systems, as well as to incorporate inputs from local communities exposed to large events such as hurricanes, floods and volcanic eruptions.

At the request of the National Civil Defense Directorate of El Salvador, UN-SPIDER will also carry out a Technical Advisory Mission in the country in the first days of April.